This is a fun post.  Some of you who are my regular readers, may remember that we started a tradition last year by introducing a curry cook-off as a way of getting friends together in the depths of winter.  Well, we hosted it again this year and my husband Bert, agreed to do a guest post for my blog.   Here’s the post in his words.

Last week we held our annual curry cook-off, the second annual anyway, so I guess it’s a tradition. As a sequel, Loretta asked me to write something about my background. Organized as a winter counterbalance to our friends Owen and Angela’s (annual) chili cook-off, it brings out the competitive streak in our male friends. They are extremely creative with their curries. Me, I’m no cook and lucky to have Loretta.

We’re both originally from India, but of different ethnic backgrounds. Loretta is Goan. I’m Anglo-Indian.

Anglo-Indians are half-castes. Born of mixed stock, British (Anglo) and colonial (Indian), English was their mother tongue and they were organized and reliable. They ran the infrastructure for their masters – the railways, the post office, the prisons. They were warm, party loving and believed in God.

Cold damp England, the England they never knew, could not have been further from my parents’ minds. India was a wonderful life with warm weather and servants to help perform the chores.

Nothing is forever. In 1947, as nationalism grew around the globe, the seeds of de-colonialization were planted. India was granted independence. The violence was dreadful as Hindu and Moslem slaughtered one another. Which is one reason the British created Pakistan, to separate Hindu from Moslem. To escape the chaos, many Anglo-Indians left for a motherland they never knew, a clammy and foggy island recovering from the War.

Unlike other ethnic groups, Anglo-Indians rarely intermarried. After all, we were born of mixed marriage and continued to mesh with the locals wherever our diaspora eventually led us, for example Canada or Australia.

Today we do not exist. Personally it has made me adaptable. But I’ll always be loyal to my roots – curry.

Back to the present.  Here’s a bird’s eye view of the entries and close-ups of the individual curried dishes.  The dishes were cooked ahead of time and everyone got a chance to vote for their favorite curry. 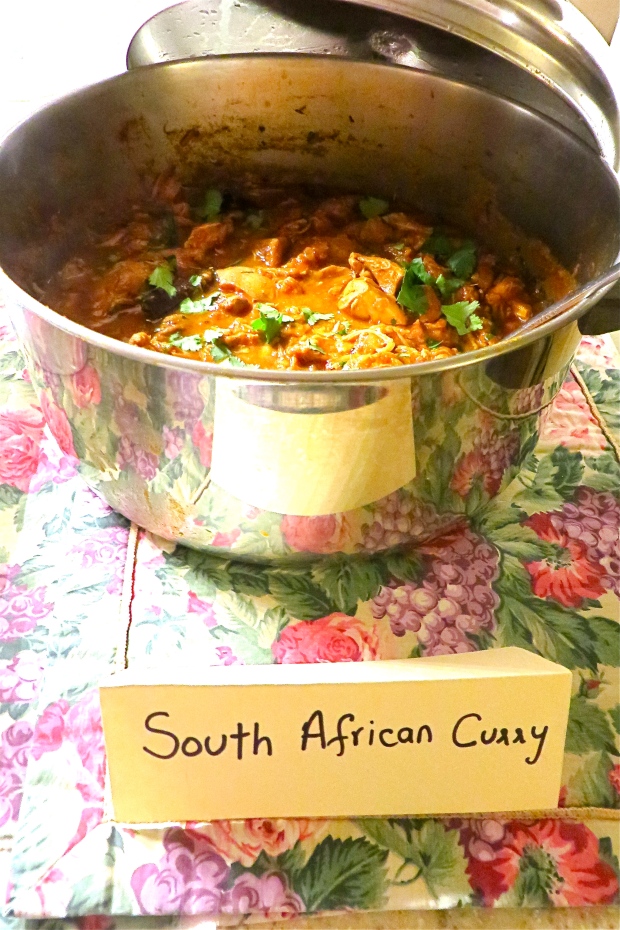 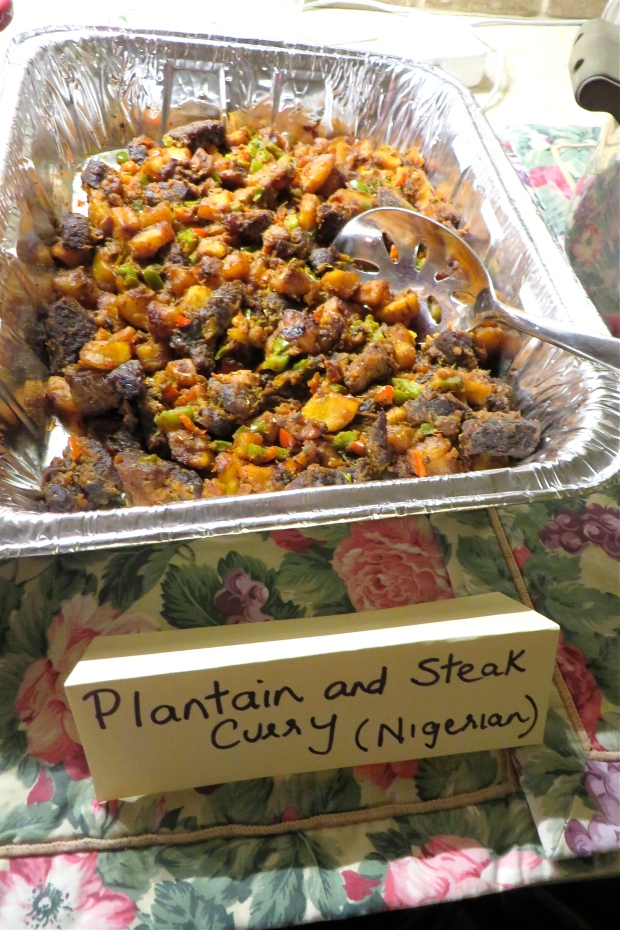 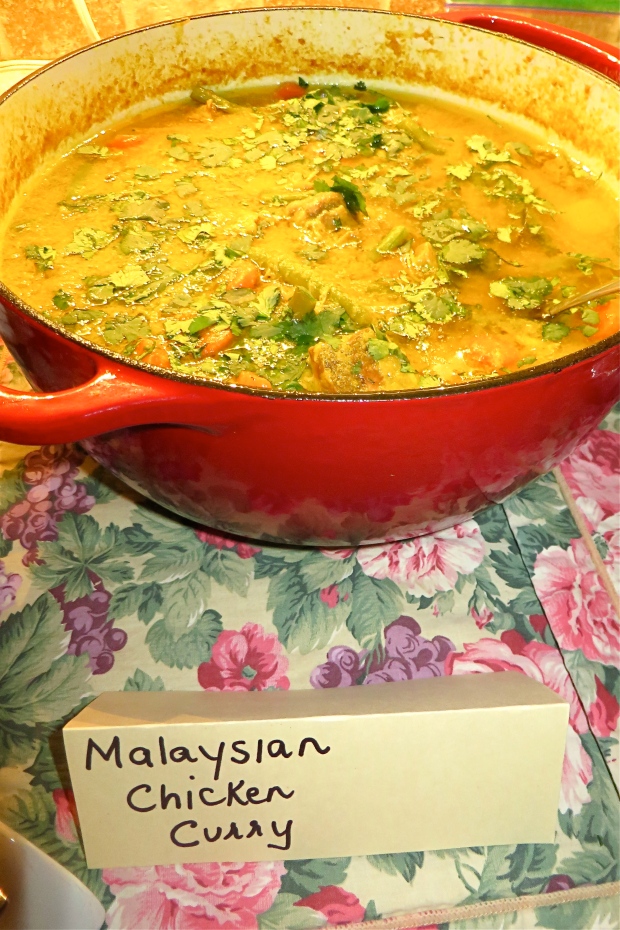 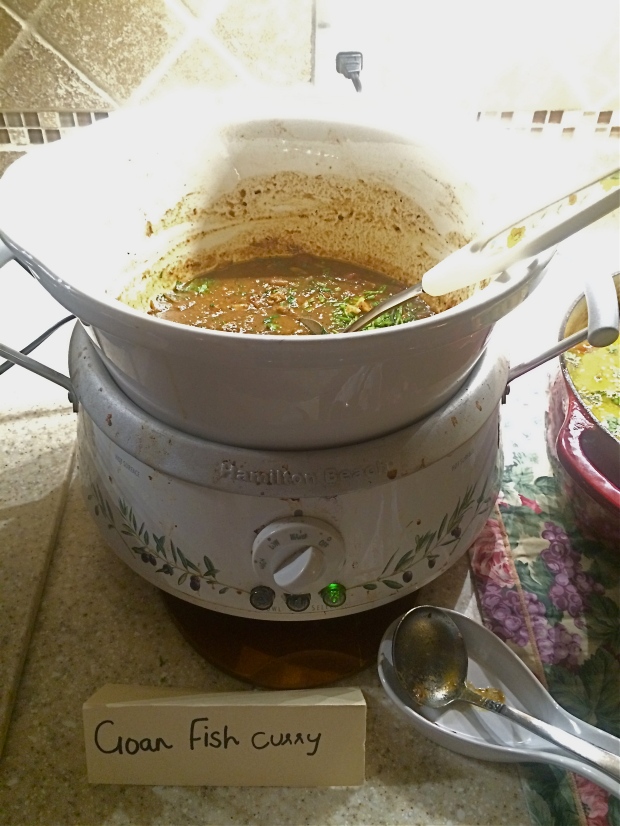 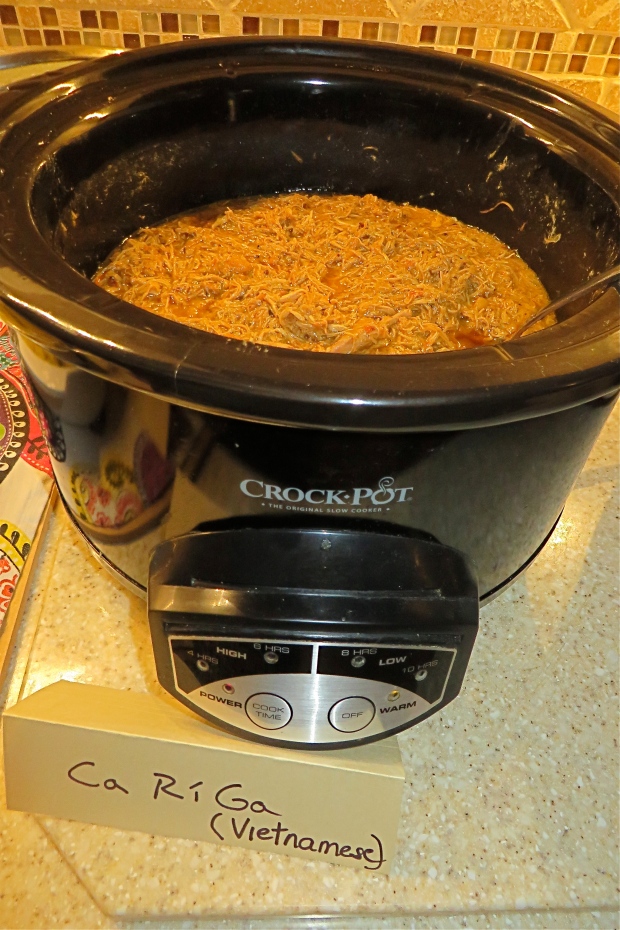 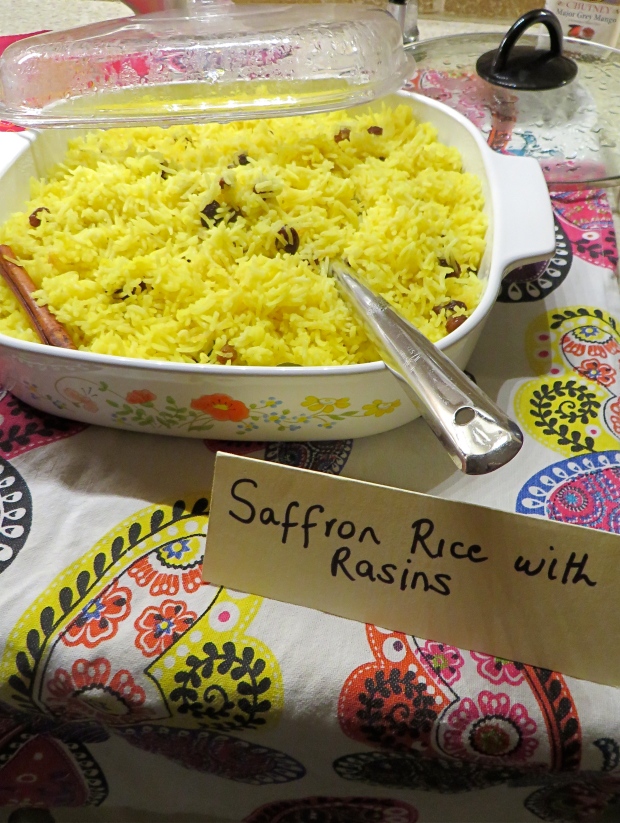 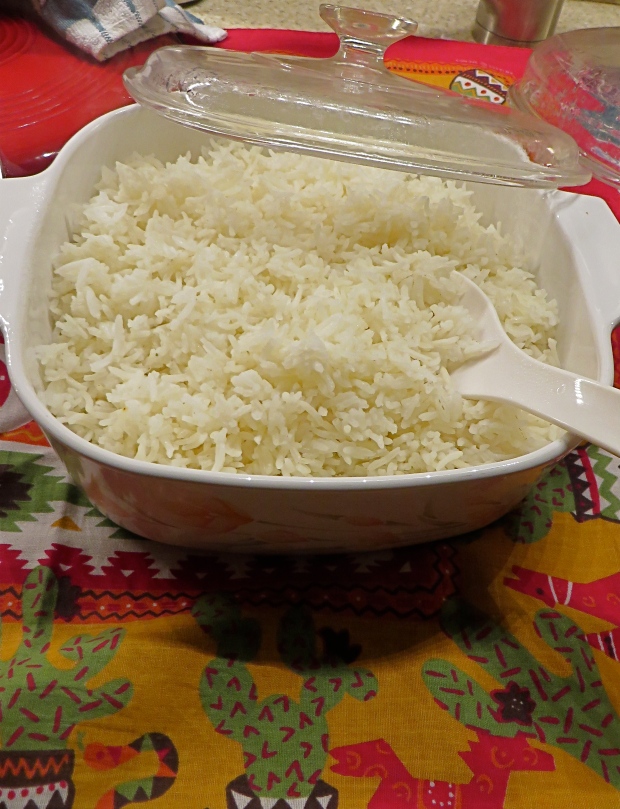 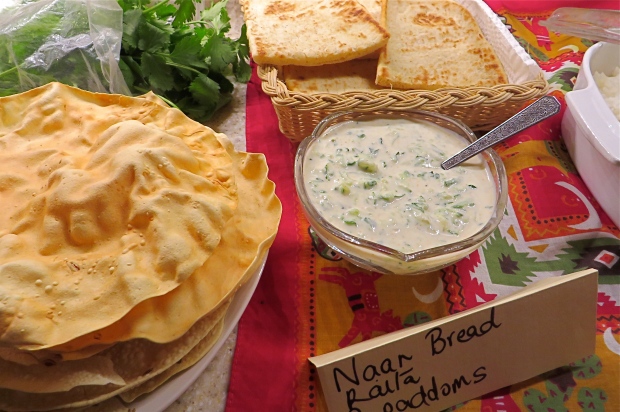 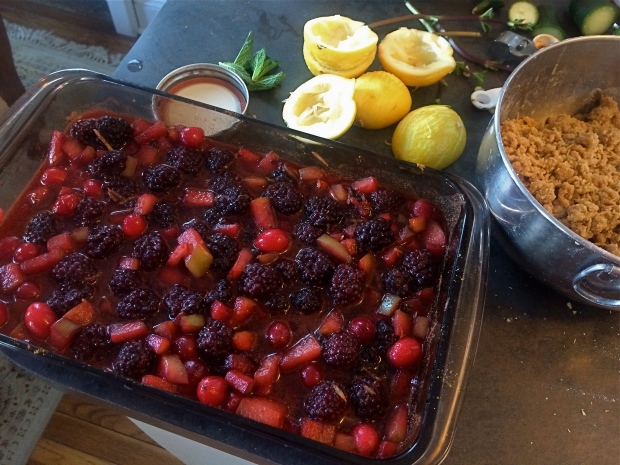 One of the desserts was a curried fruit cobbler soaked in champagne and topped with a crumble.

And the winner (seen below)……Bendigo’s cod Goan Seafood Curry.  The recipe recently appeared in the British newspaper, The  Telegraph.  Click on the link for the full recipe. 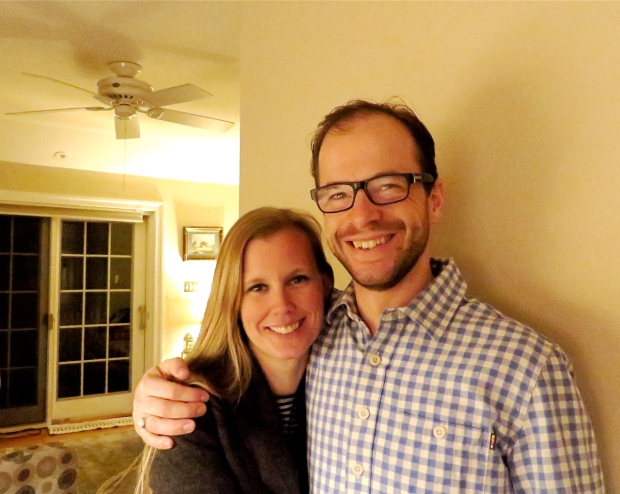 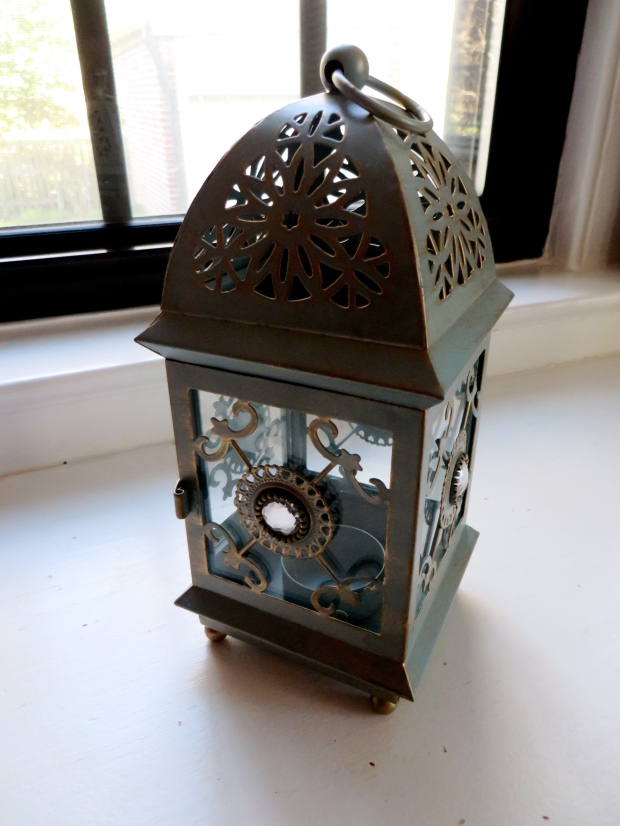 …and the prize was a beautiful brass lantern

I’m linking this post to Fiesta Friday # 109 where our co-hosts are  Josette @ thebrookcook and Lily @ little sweet baker.

Would love to hear your thoughts and comments. Cancel reply 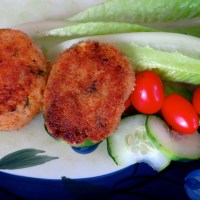 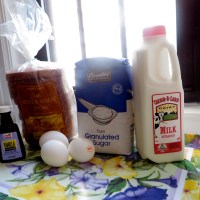 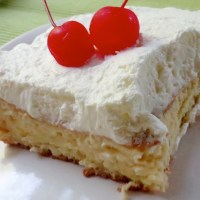 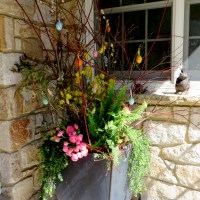 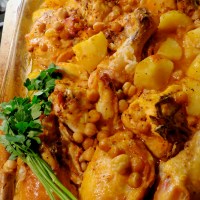 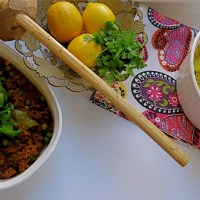 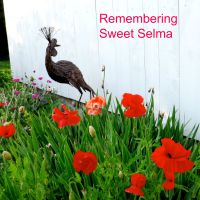 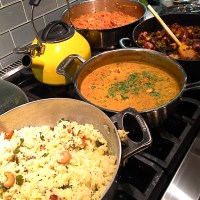 Living & Cooking in the Dordogne

A collection of vegetarian and vegan recipes from across the world!